The Death of the 8-hour Workday 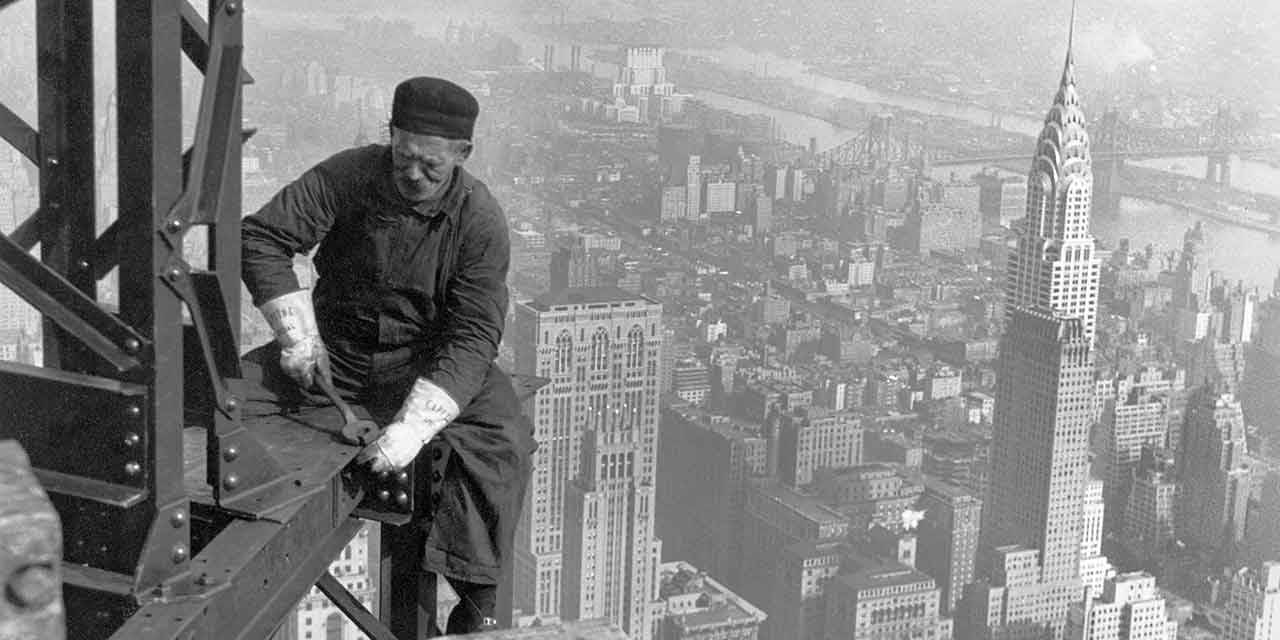 In the late 1800s, full-time manufacturing employees would work around 100 hours per week. Death and injury were commonplace.  It wasn't uncommon for children to put in far more hours than we think reasonable today in the factories, fields, mills, and mines.

We think of the eight-hour workday as a modern invention. In fact, the concept is 200 years old. Welsh manufacturer and labor rights activist Robert Owen coined the phrase "Eight hours labor, eight hours recreation, eight hours rest." His philosophy was that the day should be broken into three equal eight-hour segments. (Source)

While that idea didn't take hold in Europe, over the next few decades the concept made its way to the United States. In 1866, the National Labor Union (which is now defunct) asked Congress to pass a law to mandate an eight-hour workday. While the measure failed to pass in Congress, it was the beginning of the end for unchecked labor.

It was not uncommon for workers to work 12 to 14 hours days, six days per week. Although the Illinois Legislature passed a law to limit workdays to eight hours per day in 1867, it included a loophole to contract with employees for longer working hours. On May 1, 1867, a large strike erupted. Starting in Chicago, it spread to cities across the United States and into Europe (in case you didn’t know, that's the history of May Day). (Source)

Labor really got its break in 1926. Ford Motor created the 40-hour workweek (eight hours per day, five days per week) for Ford's workforce. Of the new plan, Henry Ford wrote, "It is high time to rid ourselves of the notion that leisure for workmen is either lost time or a class privilege." (Source) With a strike by auto workers from General Motors at a plant in Flint, Michigan in 1937, the eight-hour workday as a standard for all auto workers was pretty much set in stone.

The Shift in our Economy

It should be no surprise that our economy has shifted significantly in the last 75 years. We have moved from a primarily labor-based or manufacturing-based economy to a knowledge-based economy. For decades we have been told that the work required to manufacture something is beneath us. We have been told that going to college is the only thing we should consider and if we don't, our life isn't worth living (too heavy-handed?).

Because of our mental shift from the manufacturing-based economy, we have been fooled to believe that the only appropriate approach is to pay for everyone's education so they can get better jobs. Some have considered college a hoax. In fact, this shift from the trades has prompted organizations like mikeroweWORKS Foundation to help more people return to the trades (but that's a different discussion).

While I value education significantly (having an IT management degree and a Master in Business Administration), I recognize that not only has this shift left a void in how our economy is run, it's also caused an enormous shift in the way we work. It has even caused a shift in the way we might want to work.

I Have Always Hated FLSA and even child labor

Now, before you think I just hate it because I'm evil, I hate it all from a worker's perspective.

When I was 15, I started working for a local fast-food joint. When they found out I was only 15, my hours were cut because of child labor laws. I was prevented from putting the time required to make (any decent amount of) money because I was too young.

I came to learn that while FLSA was originally instituted to protect the worker from working too many hours, the shift in the way we work has caused it to be very outdated (remember, it's over 75 years old). In fact, it takes freedom away from the employee who wants to work more hours but is limited because an employer won't authorize it to avoid paying time and a half. When I was an hourly employee, I hated that if I wanted to work longer hours one week to work a lighter shift the next week, my employer wouldn't approve because he'd have to pay me overtime one week and then pay me less the next week.

I love having flexibility in my life. I love working when I want and how I want. I hate being told that work magically starts when my shift starts and magically ends when my shift ends. I hate anything that prevents me from working how I want to work.

Is 8 Hours Even The Right Number?

While FLSA is meant to prevent the physical laborer from working too much and becoming injured or worse, the question remains, does it really do that? Does it really matter? Do people only work 40 hours because that is what the time clock says? 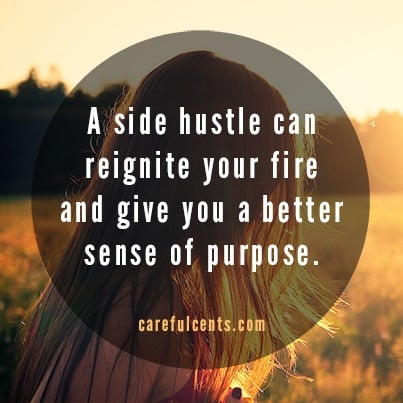 The concept of the side hustle came to popularity in the 1950s (Source). I wonder, was it a coincidence that this took place after the institution of the 40-hour workweek? We did see a decline in side hustles up until the last ten years or so, and then that number increased a lot. We are also seeing a significant increase in the number of companies and blogs that promote the side hustle like Uber, Side Hustle Nation, and Careful Cents. Oh, and I should mention here that I don't think it's because people are making minimum wage and need to make more. The number of people making minimum wage, as a percentage, has declined in recent years. Here's an interesting set of statistics from the Bureau of Labor Statistics.

I think people just want to work the way they want, when they want, produce how they want, and earn what they are worth. In the United States, I believe people know that the only way to do that is not to be beholden to the "man”. That's why I started Tribute Media, after all. That is why they are willing to work more hours.

I am also not sure what the real number of too much work is. The idea of eight hours per day being the right number was an arbitrary number established by a labor activist in 1817. There is current research that suggests that by working more than 45 hours per week you will damage your health both physically and psychologically. (Source) I think there is much more to that statistic than just working more than 45 hours. I tend to think, like other things, it varies depending on the person and depending on the type of work. I also think that there is likely something different about working two jobs that total 60 hours versus one job that totals 50 hours. I also think that if it's something you truly enjoy doing it will affect those numbers, because if you do what you truly love, is it really work?

So, there is still a question here to be answered:  What is the right number of hours to work?

I know, for me, I can get more done in five hours working remotely than in ten hours at the office. I can work so much faster when I have deadlines that force me to focus.

Of course, if you have hourly billing, you have to find the process that works best for you and your organization. If your business model is manufacturing or requires a physical labor force then this likely doesn't apply. But keep this in mind — just because you work best from 8 am to 5 pm doesn’t mean that your employees are as effective within those hours as well. Don't even fall into the trap of thinking that eight hours per day / 40 hours per week is what needs to happen to get things done. Maybe it's more. Maybe it's less. 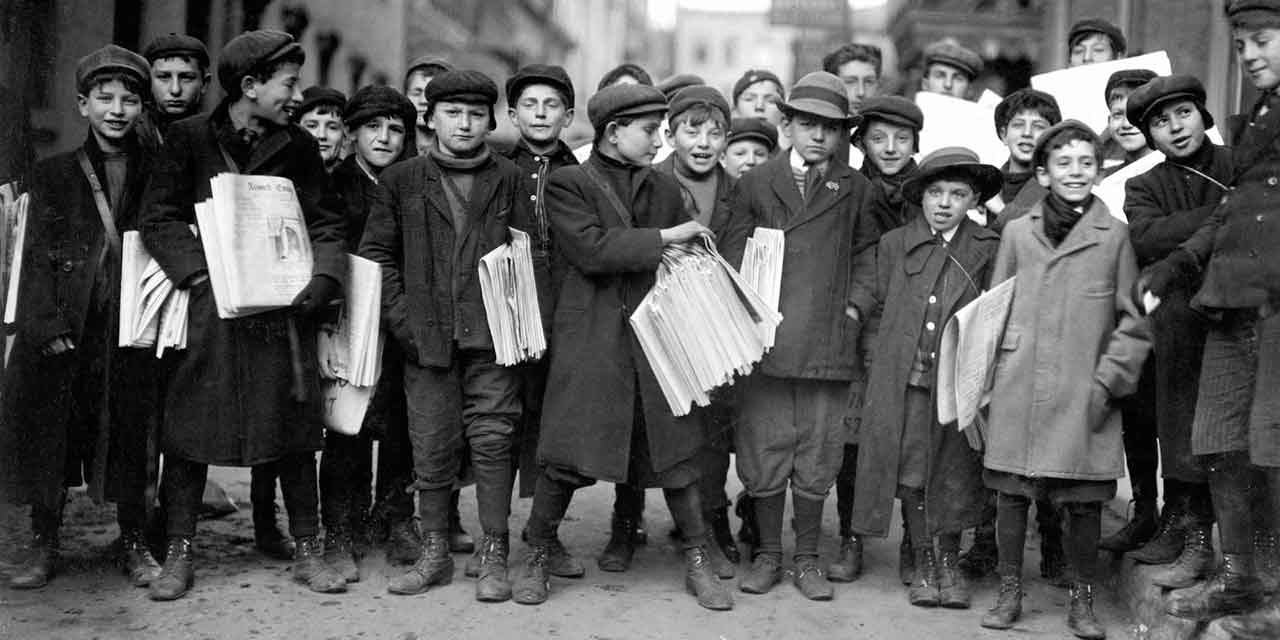 Studies abound stating that working early in the morning is best for productivity. But, just as many studies are available that say the opposite. We see studies that tout the virtues of being a procrastinator, being late, getting things done early, being on time… they all contradict each other. I've come to believe that the studies are there to make the "researchers" feel like the way they lead their lives is the right way to live.

I think the reality is much more simple than any of those studies want to admit… people vary. Some people do best waking up early. Some do best waking up late. There are even some that do best early or late, and it just depends on the day. Some do best with four hours of sleep. Some need ten hours of sleep. Some want to work straight through for three or four days and need a long weekend. Some want to spread it out… a little here and a little there.

It's time to stop assuming that work magically starts at 8 am and magically ends at 5 pm. Workers need the  flexibility to work when it makes the most sense for them. They need to be responsible and demonstrate they are doing good by their employers, but we employers need to trust them more (Here are some ideas for you on that topic).

It's time to drop this arcane belief that the current knowledge worker is the same as the laborer of 75 years ago. Judge your employees by what they accomplish. Don't judge them based on the number of hours they work. Shed the belief of 200 years ago that eight hours is the right number of hours to work. If it's right for you, well then great. If you need to do more, then do it. If you can be productive in less, then that's okay, too.