Social media marketing is not as simple as hiring a Millennial to post memes every day (you may laugh, but this approach was all too common not very long ago). It is so much more advanced and requires strategy, planning, dedication, engagement, and follow-up.

So what is social media marketing?

We like to define social media marketing as an inbound web marketing strategy that utilizes social media sites to drive engagement and spread awareness.

Why Social Media Marketing is Important for Businesses and Brands

Let's be honest, Nomophobia (the fear of not having your phone on you and depending on it as if it was a limb) is a real thing. We live with our mobile devices practically attached to us, and we panic when we can't find them. We (especially those under the age of 50) check our phones religiously, now mostly out of habit and the need to stay connected and "in the loop" at all times. Social media plays a HUGE part in the psychological components of FOMO (fear of missing out).

With that being said, social media marketing is not something businesses can ignore or just dabble in. It is an essential part of any company's marketing strategy. People are already spending an average of 135 minutes on social media per day, which means you have ample opportunities to make sure they see what you have to offer.

So how do you utilize social media sites and roll out a social media marketing plan? Well, hopefully, this resource page can provide you with valuable answers and give you a good start in the right direction.

You can easily see a wide variety of engagement across different brands on social media. Some companies have hit the ground running with their social media presence and have used it to strengthen their brand and build a loyal following of evangelists. Conversely, other companies are failing to see how to properly harness the power of social media to engage with their audience. If your business is struggling with social media marketing, it may make sense to look at some companies and brands that currently have a firm grasp of what it takes to be a social media success.

The first step is coming up with a social media marketing strategy is to identify your buyer personas, then do a little research to determine which social media sites they may be on where they are most likely to engage with your company.

Social media is a constantly changing scene, and therefore, tactics will continue to change. However, there are a few tactics that we don't see changing any time soon.

Storytelling reveals the humanity behind your brand and paints your company in a light that people can relate to.

Here's a simple analogy:
You’re in a store and you see a group of people looking at a product you manufacture. You start to hear them talk about your product. One of the group members brings up a good question about the product that the group can’t seem to find the answer to. Another group member points out a similar product and encourages the group to use that product because it has more information on the box than yours.
Would you not feel inclined to jump into the conversation and answer the question? Wouldn’t you love to point out why they should buy your product instead of a similar product? Social media gives you the power to join the conversation and communicate with your target audience as they journey through the buying cycle. Utilizing hashtags is one social media marketing tactic that allows you to jump in front of your audience to share information before they may even be searching for it. Here's how to use hashtags for your marketing campaigns on social media. 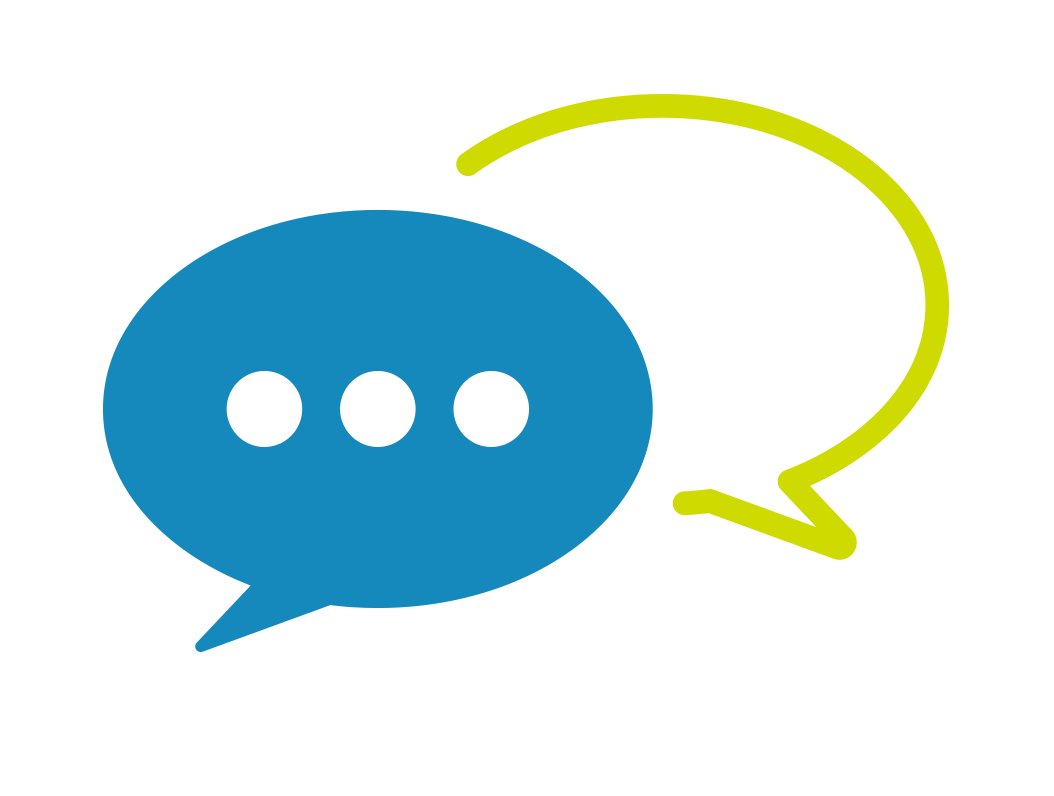 One of the most influential ways to reach an audience is through storytelling. This is especially important to note if you are a business. Why? Because storytelling shows your humanity. You have to learn to connect with your audience person-to-person, not business-to-person. As Bryan Kramer, Co-Founder and CEO of PureMatter said, "There is no more B2B or B2C. It's H2H: Human to human."
One of the easiest ways to start is to tell your story on your business's social media accounts. Take a look at your social media page bios and your Facebook Story. Are they professional? Are they engaging? Would anyone care to read them? Do they showcase your humanity as well as your brand? Here are some tips to make the most of your business page bio and story.

Unfortunately, gaining followers on social media sites just isn't what it used to be, and the landscape is constantly changing. So how do you win a game that seems so easy to lose? The answer  strategy, budget, and social media savvy.

One of the most important things to remember about follower building is that there are two types: organic and paid. It used to be MUCH easier to get organic engagement from users, but now we need to work smarter.

You need a comprehensive plan that includes both organic and paid tactics, the same as you do in your Google efforts. Here are some strategies to implement on the top social media sites for organic and paid follower building.

It's Time to Get Social 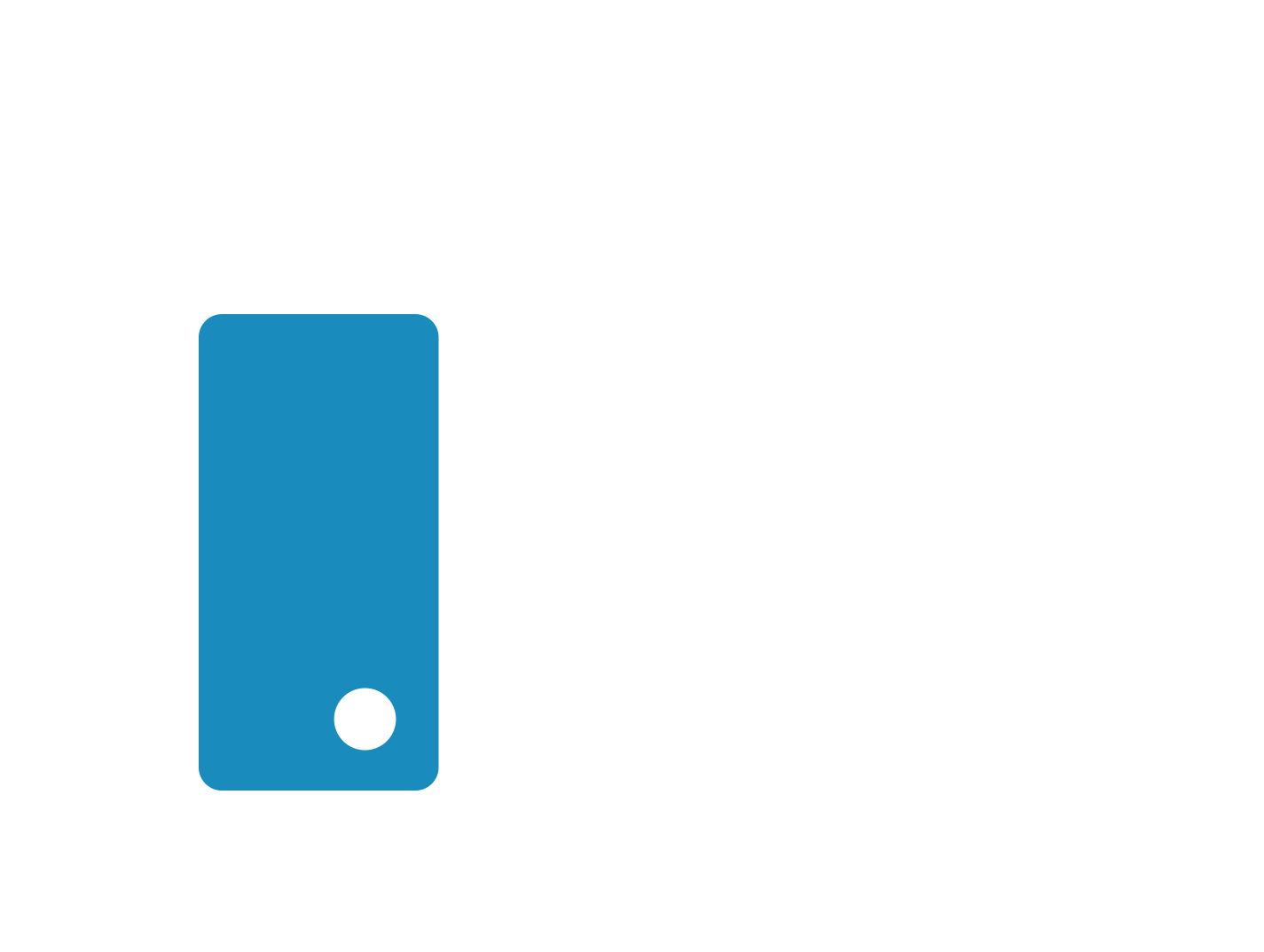 The people on Twitter, Facebook, and Instagram giving your page love are on there to be social, to be entertained, and to read or see something worth interacting with or sharing. Having a page that is interesting to your audience is what will get them to like, comment on, and share your content. The number one mistake companies make is using their social sites solely to promote their products and not providing value to their followers.

Sharing your products or services is completely acceptable (why else would you bother if you don't get something out of it?), but when more than 20% of your posts are links to your own products then there is a problem. No one wants to browse a Facebook page that is full of sales pitches, demands to sign up now and links to your company website that doesn't provide anything valuable. Here are some ideas on how to engage your social media followers.

There are a plethora of social media apps, so we'll keep it simple and cover the Top 3 social media platforms.

Although many other social media platforms claim that Facebook is declining in popularity, data says otherwise (as seen in this image). In late 2018, it was reported that Facebook had 2.27 billion ACTIVE users. Active users are defined as those who have logged into their account in the last 30 days. With that data, we'd say Facebook is doing just fine. That brings us to our point: your company needs to have a constant presence on Facebook. Not a once in a while presence; a daily presence.

According to HubSpot, there are more than 1.5 billion daily users on the social media platform. Because so many people are on it, so are most businesses in order to get their products in front of more users. The competition to get in front of users is high, which is why you can't have a passive approach. Read more about generating leads for your company on Facebook.

Now, Instagram is NOT Facebook; there are many significant differences. However, you do have the ability to combine your paid efforts because of the connection between these two platforms. The most common and easiest type of advertising for businesses to do on Facebook and Instagram come in the form of "Sponsored Posts" that are created by using that "Boost" option the social media platforms give you on your page and individual posts.

With the amount of data people willingly give Facebook, you can now dial into a more refined audience that is more likely to purchase from you. You can now target your ads by location, age, interest, industry, relationship status, or basically anything people put in their profiles. You have access to an already segmented audience. You can also segment based on lists you have of current or past customers to find leads that are similar to those customers. That's worth putting some dollars into.

There is so much that we could delve into with Facebook, so here are some simple things you can look into doing right now to get started in the right direction: 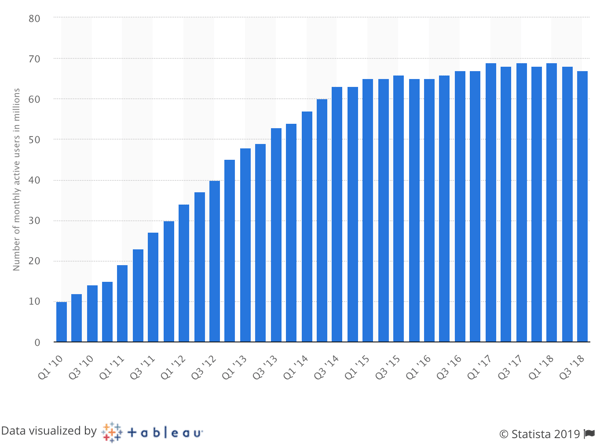 Twitter has already reached its peak, as far as experts can tell. However, there were still 336 million monthly active users as of the end of 2018 worldwide (67 million users in the United States).

Twitter is a great platform for those who wish to interact with their followers in real time. Many brands, celebrities, politicians, etc., use this platform. So if you own a company, do you need to be active on Twitter? In most cases, the answer is yes. But it can depend on your industry.

Consumers use Twitter to share what they know and learn. Twitter users are craving new concepts, opportunities, information, products/services, and people. If your business is not part of this market, you're leaving two enormous opportunities untouched: growing your business and improving it to adapt to the modern consumer market.
Companies of all sizes use Twitter for a variety of reasons, from advertising to customer service. The way your business uses Twitter will vary based on your goals. If being on Twitter aligns with your goals, here is how you can get your business started on Twitter.
Once you've established yourself on Twitter, here are some additional resources that can help you on your journey:

DO YOU NEED MORE DIRECTION?